The first event in the 360 Performance Summer Cyclo-Cross series took place on the evening of Tuesday the 10th of May. The venue was the Plymouth Moto X Park which offered a wide, hard packed course which was always changing direction and gradient. As it was a cross race there were a few muddy puddles and sticky sections thrown in, “Well you didn’t think you’d get away without washing your bike did you!”.

Representing MDCC on the night were Nicky Quant, Sharn Hooper (Women), Ashton Spence (Senior Male), Martin Burrows, Andrew Parker and Alan Drury (Veterans). In keeping with the low key ‘give racing a go’ feel of the event, the rest of the field was made up for South West Cyclo Cross League stalwarts through to first time cross racers.

The first couple of hectic laps were spent establishing a position in the race. The course is never the same after the warm up, attempting the corners at race speed with other riders around leads some some interesting lines, while using every downhill and flat part of the track to gain speed and fight for position.

For MDCC, Andy Parker was soon at the head of the race fighting with eventual winner Andrew Lovell (Royal Navy) for the lead. Despite a few offs as fatigue set in, he managed to stay with him until close to the end of the race, eventually finishing first Veteran.

Alan and Walter completed the first couple of laps together, before Walter upped the pace to catch Vin Cox (Empella Cyclo Cross) with who he battled for the remainder of the race, with both riders finishing just off the senior podium. Alan eventually finished the race behind the pair to claim second Veteran.

Nicky, Sharn and Martin were all pleased to finish their first Cyclo Cross race with Martin already thinking about how he could use his experience with the women’s Cyclo Cross coaching sessions. Hopefully upping the pain threshold won’t be top of the list!

There are still two events in the Summer Series and you can enter on the day. If the next two events are anything like this one, then this offers a great chance to brush up your cross skills and improve fitness before the season starts. 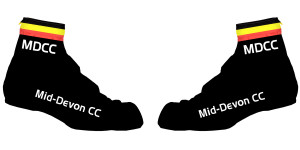 These are on a first come, first served basis. If we have enough interest then we can put in an additional order for a later delivery

Our friends at Primal Europe have a 40% coupon code for all our club members to use.  It will only work once, and  >register here< to be able to use it.

Please fill in the form below to get the discount code – Club members only please!

In the Cat 4 race, the first in a series of seven to be held fortnightly on Thursday evenings 17 year old Stokeinteignhead junior Matt Langworthy from took off the bunch when there was around 10 minutes left and powered away. Lap by lap he rode further and further away from his pursuers. There was something of a blanket finish for the minor placing and it took close scrutiny of the finish line video to resolve the placings from 6th downwards. Paul Shannon, Nick Weddall, Andy Friend, James Tribble and David Johnson all placed in the top 10 for MDCC 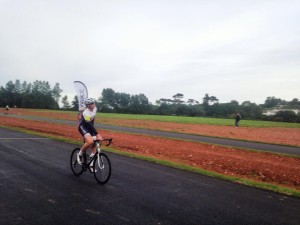 In the race for Categories 2, 3 & 4 it was a different story. As soon as the riders left the start line, Charlie Revell, Somerset Road Club/Bikechain took off and had a 400 metre gap in no time at all. After some jumping around from the bunch – Andrew Hitchens and James Davey were prominent in these counter attacks the one that mattered was launched by Andrew Perkins. he was joined by Peter Haworth. The duo soon settled into a rhythm and eat into Revell’s lead. Perhaps sensing that he would get caught before the end Revell wisely sat up and waited for the other two. As a trio they shared the work holding the bunch at bay. With 4 laps left Perkins jumped clear forcing the other 2 to chase hard. He sat up after  a lap of effort. With 1 lap left Perkins repeated his attack and surged on for a fine solo win. Revell held off Haworth with both riders hard up against the grass verge. 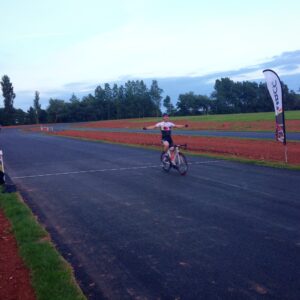 The bunch fragmented on their final lap with Ricky Parson, Mid-Devon CC, towing Sam Birkinshaw, Exeter Wheelers before breaking his resistance. James Davey went clear on the final hairpin for sixth spot and was well clear of Craig Hickson, Julian Pitocco and the 2 Cycle Sport South Hams riders, Will Hornby and Julian Green.

A minor spill on the final hairpin took Andrew Hitchens out of the equation. As he tried to avoid another rider who came down and slid on the tarmac Hitchens swerved hard and ended up on the grass lining the circuit.

On Sunday 1st June the inaugural Torbay Cycling Festival was held. The event took place at the new Torbay Cycling facility and gave the opportunity for everyone to try out the new circuit. 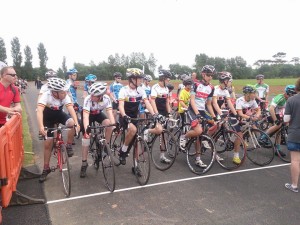 Over 1, 000 riders came along and it was great to see everyone enjoying the day. Variously stalls and displays were available too including club sponsor Colin Lewis Cycles. 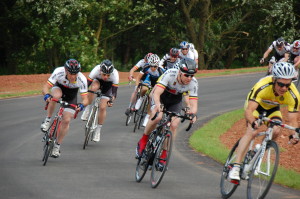 During the afternoon the first bike races took place with racing for youth, women and male competitors. The Mid Devon had over thirty youth riders competing and also made up the bulk of the field in the senior events.  Great performances al round but the highlight of the day was Charlie Meredith taking the win in the Youth A under 16 event backed up by Joe Saunders in third. In the men’s races a late break of three riders gave Charlie Revell of Somerset RC the win with Ricky Parsons just failing to bridge to the leaders in 4th and Jason Poore taking 5th place and gaining enough points to up to 2nd cat status. 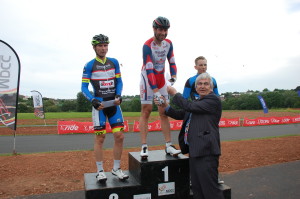 By now you should be aware that the Torbay velopark, a 1.5 kilometre traffic free facility has opened with a mass participation ride and competitive events taking place at the weekend. 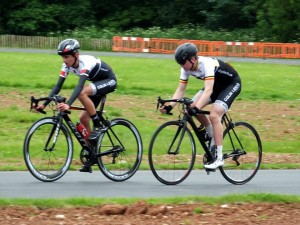 The club has a regular Wednesday evening session booked at the venue and we are keen that as many club members as possible get to use the facilities. Over the next few months we will be looking to give a range of experiences, coaching, training sessions or just doing your own thing opportunity and would appreciate your feedback on what works well for you. The club can then consider how best to move forward into 2015 and build the volunteer structure to suit.

During June the format will be

The events are designed to cater for existing demand and more importantly to encourage new riders to take their first steps into competition.

Taking place fortnightly on a Thursday evening they will have a friendly atmosphere and develop a community of cyclists at the new purpose built facility.

Each event will follow the same format with registration opening at 1800 and the first event for 4th cat or new riders starting at 1900. After a short break there is an event for 2nd and 3rd category riders which starts at 2000.

The first event listing is here

If you are interested in bike racing or want to find out how you can get involved contact andrewparker@britishcycling.org.uk

Mid Devon CC will also be organising a series of youth and womens events at the circuit. The events will take place on Wednesday evenings on the 25th June, 23rd July and 20th August and compliment the coaching programmes that we have in place.

We are particularly interested in developing a strong women’s racing scene at the circuit and the events will be targeted at encouraging new women into cycle sport. More details on timings will follow once the events go live 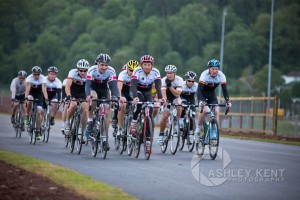 Club members helped to test the new Torbay velopark the first purpose built cycling circuit in the South West and were impressed by the smooth finish and speed. Lap times for the one mile circuit were circa 2 minute 15 seconds. 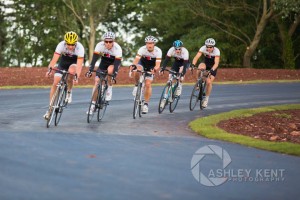 On 1st June the facility hosts the inaugural Torbay Cycling Festival, a community event for all the family, come and have a ride around the circuit, meet the local councillors who have invested in the build and watch the racing too. Report to follow. 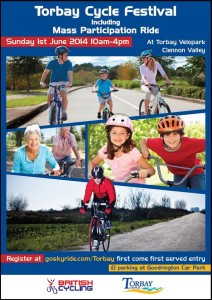 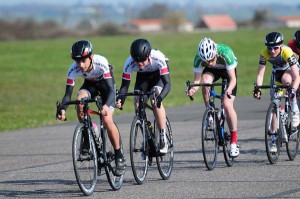 We have moved – now at the Velopark!