When the seasons turn to autumn and winter not everyone hangs up their race bike, it’s time for cyclo cross. This is a fast and furious form of cycle racing on grass, typically in parks or on playing fields. There has been a growing scene in the South West and nationally over the last few years, in which the Mid Devon has played an active part. 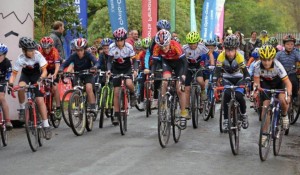 At the start of the season, at the end of August and early autumn, we hold regular training sessions for our younger riders right through to adults. During the sessions we work on fitness and the skills you need for cyclo-cross such as cornering, riding steep banks and mounting/dismounting your bike quickly. The club also has a number of bikes for members to give this branch of cycle sport a go or you can use a mountain bike. 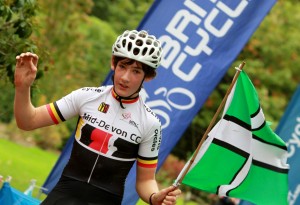 Racing in the south west revolves around the South West cyclo cross league. The league is made up of other clubs and event organisers who join together to promote a series of weekend races occurring usually 2-3 times each month from September through to December. Each event features racing from under 8’s right through to Grand Veterans with the final round crowning the age group series winners for that season. One event in the league each season is appointed as the South West Championship, which the Mid Devon has proudly hosted for the last three years at Stover School.

For really keen riders, there is the National Trophy series and the National Championship. The Mid Devon supports riders to compete at this level and recently we were proud to see two club riders Harry Birchill and Robin Delve stand on the podium.