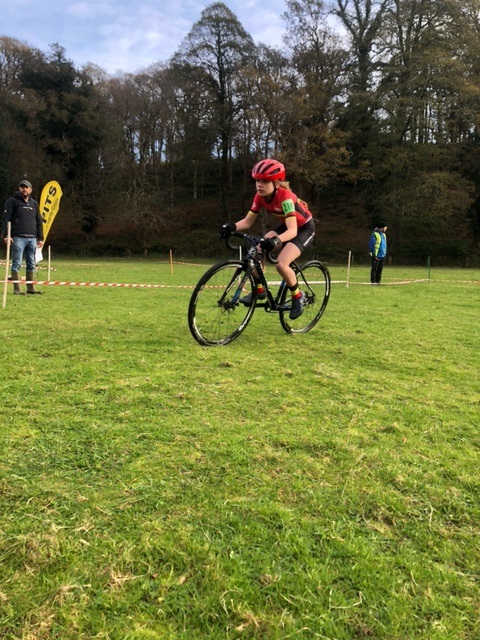 Mid Devon Cycling Club fielded a full team at the 2021 regional championship, the club had riders racing from under 8 to vet 60.

With twenty age group championships on offer the club came away with 9 wins and an additional 4 podiums !

The first race of the day for  Under 8 ‘s saw Fredrik Simcock and Charlotte Ward claim the wins whilst dominating their age category this season.

In the Under 10 boys Ben Ward takes the tile after leading from the front from the start. Ben has made good progress after winning the Under 8 title in previous years

Under 12 double act May Holmes and Lauren Fox both won in fine style and adding further gold medals to their growing list of tiles.

In Under 14 boys Bayley Woodger came 1st under 16 Grace Ward came 1st continuing the fine form in the league.

Catherine Kilburn 1st in the vet 50 and vet 60 Robin Delve came 1st. Martin Smith took 4th place in vet 50 his best performance of the season and was unlucky not to make the podium. The team of three now head to the world masters championships in Ipswich next week and the club wishes them the best of luck

The club is pleased with the progression that all its riders have made this year, the results of which are testament to the club coaches and helpers who hold regular training sessions at the Torbay Velopark

Parker Takes It All