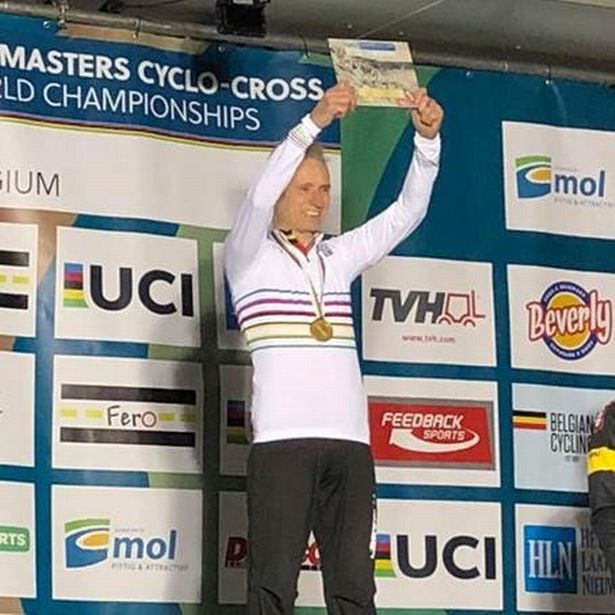 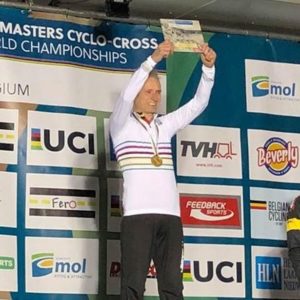 My cross race season started at the beginning of September and has now just finished 19 weeks and
23 races later!! Training started back in February.

Basic weekly training consists of commuting by MTB to work 2/3 times per week. A hilly round trip
of 22 miles. 2 gym sessions and a long club ride on a Sunday.
Monday a rest day.

Up until June I worked 6 days per week. I gave up working Saturdays to gain extra recovery time and
to attend high intensity circuit training sessions.

Training starts now to go back and defend my ‘rainbow jersey’ in December 2018.