Saturday saw the Road Season start at the  Westpoint Arena.  University of Exeter Cycling Club promoted a series of races on the newly laid out course. Mid Devon saw success in all the categories with Anthony Jenkins and Jack Cooper 4th and 9th respectively in the 4th Cats. Mid Devon Junior Tristan Davies was 4th in the 3rd Cat, Hetty Summerhayes 2nd in the Womens and the evergreen Julian Pitocco  7th in the E/1/2 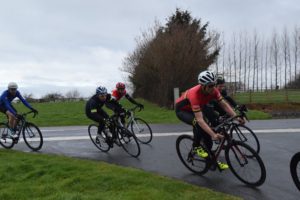 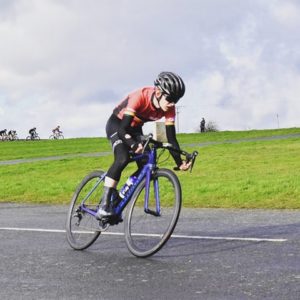 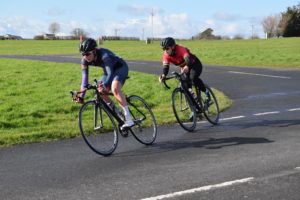 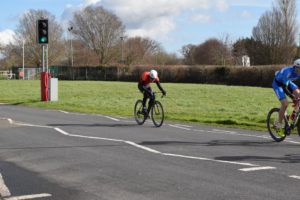 Sunday saw the action switch to the A38.

Ex Mid Devon CC starlet Matt Langworthy continued his fine form as he smashed the course record on the S4/10 in Buckfastleigh, Devon, despite far from ideal conditions.

The previous record was set by our own Conrad Moss in June of last year and stood at 19.02 but the 21-year-old from Newton Abbott, who finished third in the National 10, shaved eight seconds off that and the Saint Piran rider set a new time of 18.54. 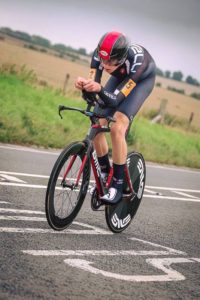 The course is an undulating one and although there was no wind, drizzle fell on the track and riders during the event.

Speaking after the event, Matt said: “I’m really pleased with the course record. It’s a local course and a good test to see how I’m doing as my first race of the season, it’s good to see what those numbers are.

“It was foggy but it cleared up and a few riders were quite quick. I thought an 18 was doable on this course but not at this time of year. I just felt decent when I got out there and it went well. I think it’s the first 18 in south west, although I’m not sure.

“I’m mainly going to be on the road with Saint Piran, although I’m aiming to do some ttime trials in the summer with the National 10 and 25 being the main goals. Most of my training is focused on the road but I used to be time trailer and you never lose it, I just kept it ticking over, building in January and February.”

A field of 33 riders tackled the event but there was a lot of quality on display and junior Mid Devon CC duo of Harrison Wood and Louis Priddle completed the podium. 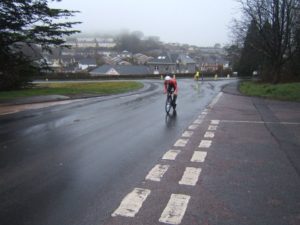 Wood completed in 19.40, 46 seconds down on the record and his team mate Priddle was a further 34 seconds off the record pace. 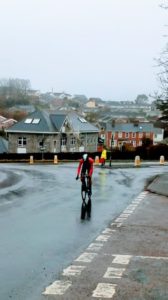 There were two women competitors, both also riding for Mid Devon CC, with Jenny Corser clocking a time of 23.56 and Maria Weymouth stopping the clock at 24.57.

(This report is copyright of Cycling Time Trials/Snowdon Sports. )

Next weekend see the first Road Race of the season with the Mid Devon promoted Primavera.