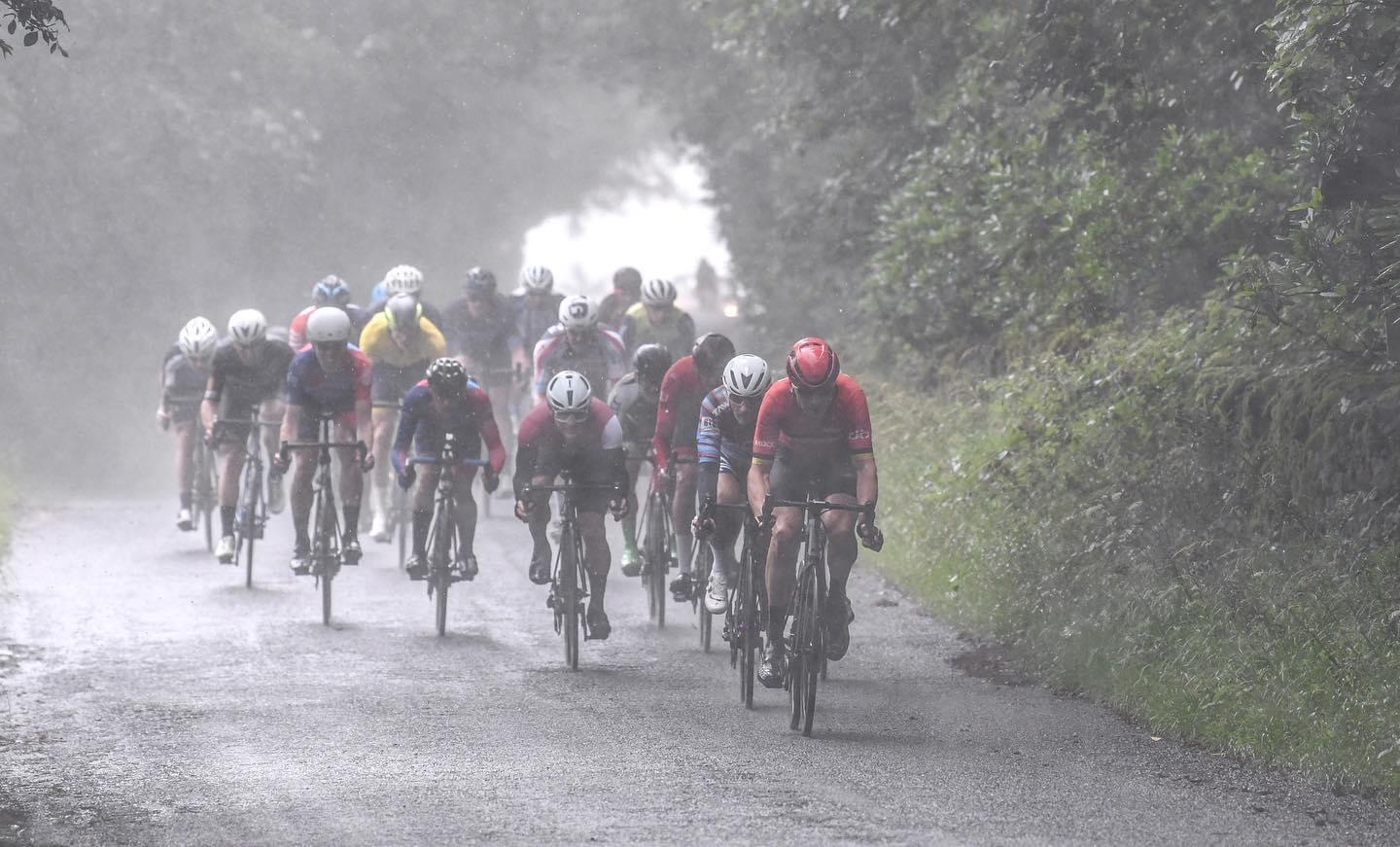 “It was like racing on Dartmoor, just under 5000ft in 50 miles! Wet sideways rain – disgusting for August!

I thought I’d just try and take the race to them, living down in Devon, I thought attack was the best form of defence! So set about putting a hard pace up the climbs and down the descents! On the first lap I was barrelling it down the second of long descents, winding left and right, and overcooked a sharp left handed and ended up the hedge! Got back up, realised nothing was broken and set about getting back on! Took a few miles but managed it!

Second lap more of the same, pushing the pace, trying to put people out the back. Wasn’t until the 3rd lap, a couple of the favourites came through and we had it down to about 15 riders from 60.So I just tried to cover the moves from then.

A lap and a bit to go, someone went away quiet softly, and nobody chased! We didn’t see him again! So if was racing for the minor places. One of the riders I had my eye on, were attempting to get away, so I sat on him as best I could, but I think the excitement of the first few laps and crashing was taking its toll now. He just softly slipped away, another ’sitter in’ got across and the medals we gone! In the end it was 5th for me, but the finish was a long climb with Tappers hill on the end and my legs were beyond cooperation by that point! Pleased with the result, all things considered. Back to 2nd Cat also in only 5 races, not bad for 50! “