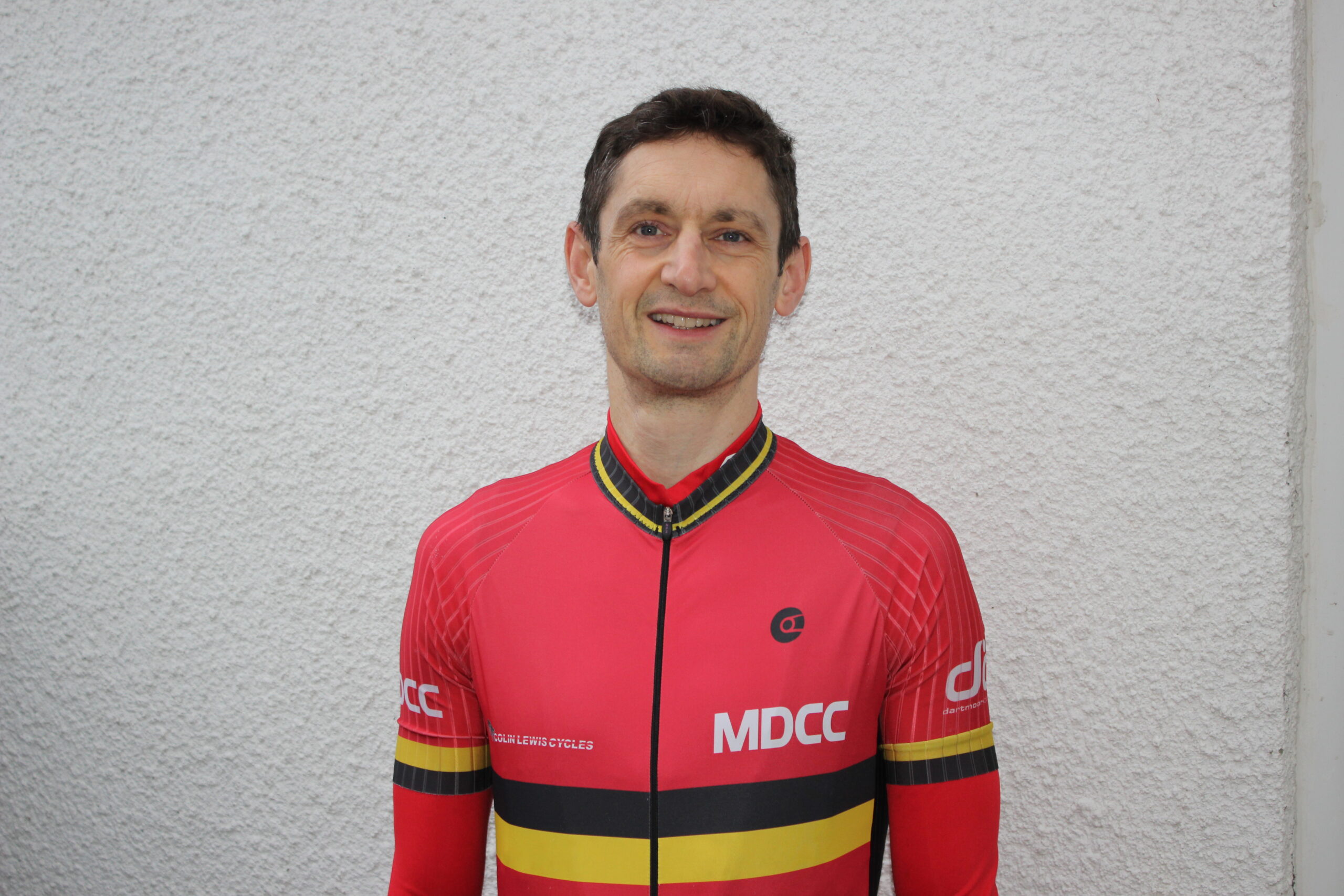 After 30 minutes this race came down to the last corner. It was a technical and narrow combination – right, left, then 180 degree right over a speed bump, to a 90 degree left. I don’t think I was the strongest rider in the race, I just managed to get a good position for the corner. Coming into the straight before it I was boxed in so dropped back to move to the inside line. As I did I felt someone kicking past me and realised now was the time to fight for position, so I got my jumble sale elbows out as my mum would have said, and ended up second wheel into the corner, about 300m from the line. On the shallow climb before it flattened out I felt the rider in front of me slowing so I kicked although it felt early. I came round him up the climb then on the flat realised I was undergeared but decided it was no time to be changing as I was head down and eyeballs out. As I crossed the line I looked round and saw a decent gap. Then for five or ten seconds I felt like I was dreaming, it was a surreal sensation.

This was my first bunch race, having been tempted for a while but preferring the relative safety of Mtb and Cx races, temptation finally outweighing risk aversion. I started near the back and gradually moved to the front through the race, focusing on getting the inside line through corners, holding my position, and coasting wherever I could. I covered a couple of gaps when it was strung out, but realised it was still coming back together at the corners, as there were no really strong breaks. Woody Ferguson, Paul Burness-Moakes and I had a loose plan that if any of us was in a break to avoid working to close it, which didn’t come into play. We chatted during the race, checking how each other were feeling and pointing out sketchy riding. (as well as having a word with the instigators). In general though the bunch was pretty tidy, phew!

As we were all in the lead group in the closing stages I was dreaming of a mid devon 1-2-3. It wasn’t to be, but we did have all four of us (including Jack Cooper who I only met after) in the top ten. And everyone stayed upright, despite a slightly greasy surface at some points, yay! All in all a great race, and double bonus now I get to write my version of its history! Have to shout out some good advice from Ian Cullen, Jason Kettle and Antony Jenkins, and my family for their support. It was all the thrill I hoped it would be, the constant shifting sands, reacting to and creating new situations, hitting the apex, surfing the wheels, reading the guys around me and the guys at the front of the race, all the while working towards position on the last lap. And kicking, once for the last corner, once for the line. Next day was back down to earth though, went for a training ride and bonked, miles from home…