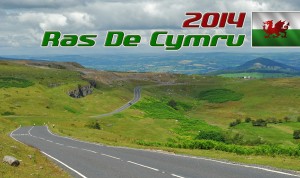 The Ras De Cymru is the 5 day/6 stage road race which takes place each year in South East Wales. It’s a hotly contested race open to 100 riders – 26 teams of 4 cat2/3/4 racers. The race hub and HQ is situated at the University of South Wales just north of Newport. This provides a great stage race atmosphere, with all the team accommodation, meals and after race socialising happening on the campus. I was really keen to have a crack at this one and there was talk early in the season of Mid Devon CC fielding a team. Unfortunately this didn’t happen so me and three other South West racers (Calum Croft – Mud Sweat & Gears, Charlie Revell – Somerset RC and Scott Gurnett – Tanks Direct Cycling) decided to enter under the composite team of Wessex RT.

With the teams being set off in alphabetical order we were the last team off. Having never really ridden together as a team we managed a pretty good time of 14:54. This placed us in 7th position out of the 26 teams, 19 secs down on the GC to Team Wiggle.

Following a neutralised roll out the racing kicked off hard with the first 10 miles covered at over 30mph. I managed to get in quite a few breakaways but nothing was sticking as the race was being heavily controlled by a few of the stronger teams. Riding in the bunch was really dangerous with 100 riders along fairly narrow roads. It was a battle to maintain your position in the peloton with riders crossing double white lines for sustained periods and overtaking on blind corners on the wrong side of the road…

A small break managed to clip of the front on the run into the finish, I led out Calum to contest the bunch sprint but unfortunately he got boxed in and we both finished in the main bunch with no real time loss on the GC.

Almost from the start the race began to split over the first hill but it all came back together again on the descent. However, on the next hill, the pace was pushed up a notch in an effort to establish a breakaway. With around seven of us forming the break we quickly began to work together to open up a gap. This lasted for about 30 mins before being ridden down once again by the stronger teams who were hunting for Sprint points. The remainder of the stage was a fast paced dual carriageway section followed by a bunch sprint for the line. Hampered by not quite knowing where the finish line was I once again I finished in the bunch on the same time. Back to HQ for some food and rest before attacking the TT in the late afternoon. 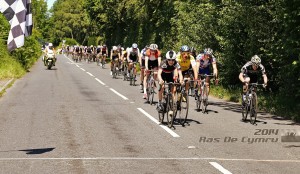 A case of damage limitation for me as time trialling is not something I currently do so is definitely not my strongest discipline. Being both small and light the first half of the course didn’t suit me at all as it was a gradual descent into a headwind. However, I pushed on and managed to make up some time on the final climb to come in around 40th place. So not great but didn’t loose too much time in the GC. 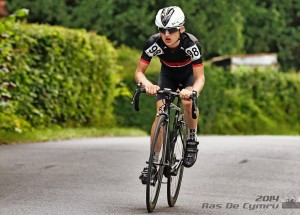 This stage was billed as a rolling/hilly stage with a hill finish and looked ok in the race manual. Sadly, in reality, it was pretty pan flat and the hill finish was way too short to split the field. A small break managed to slip away but the gap to the main bunch was not really significant with most of the main favourites for the GC, including the yellow jersey, still in the main group. As we approached the climb for the final time I began moving up through the field to finish in 15th. At this point in the race I was in 24th place in the GC so had a lot to do in the final stage. 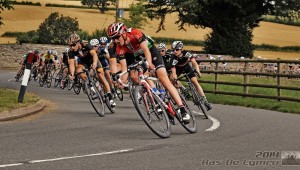 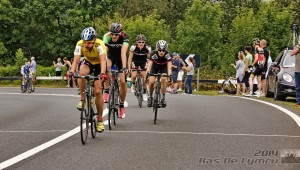 Having reccied the mountain top finish after stage 5 the previous day I knew I could do well here and hopefully claw back some positions in the GC. The grand finale, coming right at the end of the 75 mile stage, was the awesome 4 mile 7% climb up to the summit of Llangynidr Mountain.

Now this would surely blow the race apart and potentially create some interesting time gaps. I was just hoping that the race would all be together when arriving at the base of the climb.

Sure enough, the first 70 miles were as I’d hoped, fairly pacy but steady with some attacks but no breakaway so we all arrived at the foot of the climb together…..Then it all kicked off when a select group of nine of us went clear straight away. Steadily the nine became six as the unrelenting pace continued until three riders got a slight gap which I was unable to close but held all the way to the line to come home in 4th.

As predicted, a significant amount of time was made up during this stage and I ended up with 8th spot in the GC. Pretty happy with that as there were some strong teams racing hard for the win. All in all a fun week of racing and a great experience. Big thanks to my team mates Calum, Charlie and Scott and to Mark Dolan at Epic Coaching for getting me on some good form! 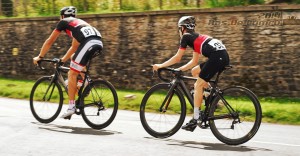 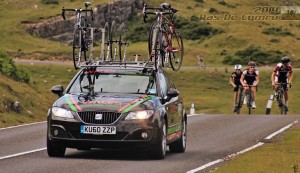 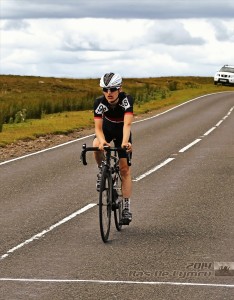