The event featured a day of racing for all category’s of riders from Under 8’s through to Elite senior Men and Women. Event sponsor Simon Aske of Colin Lewis Cycles was present with a display of bikes and wheels to tempt competitors and spectators aswell as offering a supply of last minute energy gels !

The weather conditions were sunny and bright but a keen headwind in the finishing straight made for a tough finishing sprint. Spectators were entertained by commentator James Smith of Primal Europe 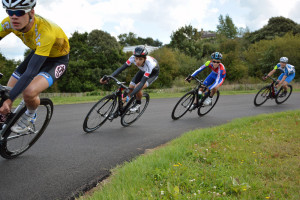 The youth racing was keenly contested and featured the seventh round of the South West Youth series attracting competitors from Cornwall, North Devon and North Devon. It was great to see the Mid Devon CC riders on home ground challenging for podium positions in all the age groups. Seb Dickens Sports Trader and Emily Attfield of Chard Whls claimed first places overall in the Youth A event confirming their positions as number 1 South West riders this season. Charlie Meredith and Lauren Dolan were 2nd in the Boys/Girls respectively for the Promoting Club. 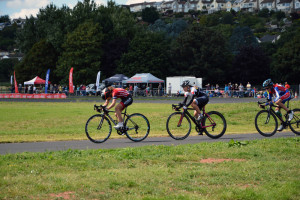 The Mid Devon had plenty to cheer about with Ed Selwood getting 2nd in the Under 8 Boys, as well as Henry Sanderson getting 3rd in the Boys Under 10’s. In the Under 12’s Categories, MDCC’s Oliver Allen and Kyle Dickens came in 2nd and 3rd with Georgia Dolan coming in 1st in the Under 12 Girls 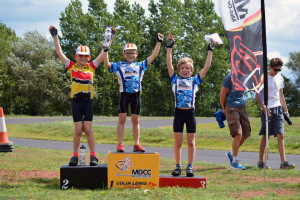 Next up was the women’s event which again was a round of the Kalas South West Women’s series. In a hotly contested eight rider sprint Alex Sheehan of Merlin Cycles led home the field. Notable mentions for Nicky Quant and Elaine Mason coming in 8th and 9th respectively for MDCC 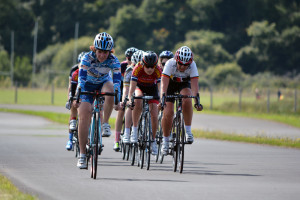 Local rider Tom Dunn of Mid Devon CC claimed the top step of the podium when he won the Cat 4 event leading out from 300 metres and holding on to win the sprint by two lengths. Jason Whitmarsh came in 6th for MDCC. 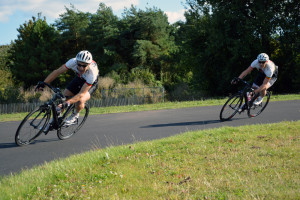 The 3’s/4’s race was won by Josh Greet from Kinoko Cycles. MDCC’s Andy Friend continued his good form by getting into the break and getting 5th. Despite a huge effort to tow the break back on his own MDCC’s Craig Hickson just ran out of road and had to settle for 10th. 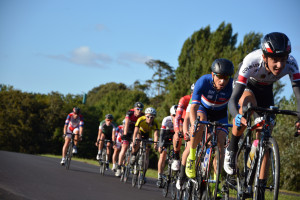 In a hotly contested Elite men’s race James Williams and George Pym of Starley Primal were the pre race favourites and lived up to their billing when they animated the event from the gun. Throughout the early stages of the event there was attack after attack until at half distance (30 mins) George Pym and James Davey of Mid Devon CC launched the decisive move. The remainder of the bunch were under pressure to follow the move and a counter attack led  by Martin Smith, James Phillips (both based in Bristol) and James Williams soon developed.

It was at this point that pre race favourite and MDCC ace Andy Perkins over cooked the tricky hairpin corner whilst trying to bridge the gap. Perkins quickly decelerated from 31mph to 0mph losing several layers of skin. However after a lap out he was back in the race. 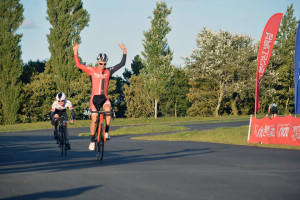 Into the final lap James Davey led into the last corner and gained the jump on Pym, but Pym wasn’t finished powering through for the win, demonstrating the form which he has shown as a regular rider at the Pearl Izumi Tour Series events and as South West champion. Andrew Hitchens came in 7th, with Andrew Perkins 11th and an impressive ride on Junior gearing from Charlie Meredith coming in 12th for the Mid Devon.

Event sponsor Simon Aske was pleased with the days racing which drew over one hundred and fifty riders to the circuit for a great days racing.